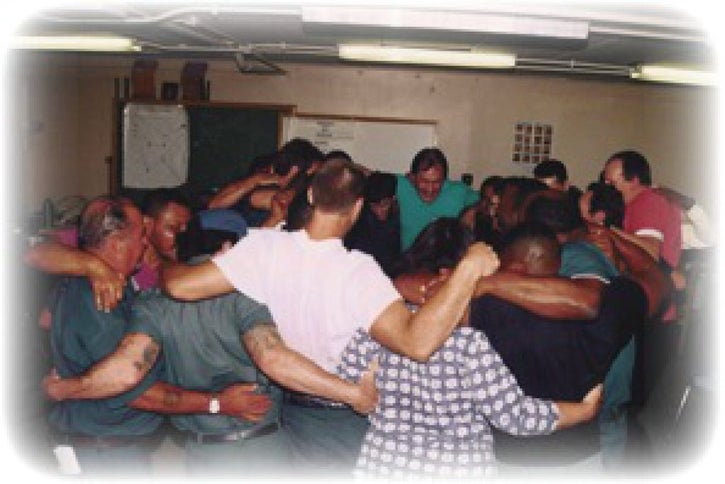 The Alternatives to Violence Project has successfully taught convicted felons how to recover from their crimes.

But for decades, many of them have participated in a program that teaches them just that: the Alternatives to Violence Project.

"It gave me a totally different perspective on the dynamics between victims and victimizers in these crimes," said John Conyers, a former AVP participant at Sing Sing, and a facilitator.

He served most of a 20-year sentence for armed robbery and attempted murder at Sing Sing, and was released from prison in 2007. During his incarceration, he earned a bachelor's and master's degree through the facility's education program. Conyers credits AVP with transforming inmates into leaders, especially those like him who went from being a workshop participant to being a workshop facilitator.

"Most of them have all been successful," he said. "Not just successful, but highly successful out on the street. They became leaders in the community."

For more than 35 years, the AVP program has taught inmates how to resolve conflicts, better communicate, raise their self-esteems and build cooperation.

Several three-day workshops are offered at Sing Sing during weekends every month. Up to 15 men who volunteer are involved in each one. They've become so popular that there's a waiting list of at least 100 inmates to get accepted to them.

"The huge issue in prison is power because everyone feels so powerless," said Fred Feucht, Westchester's AVP coordinator, who's done this since 1984. "There's some incentive to try to resolve a disagreement with somebody because it's such a close society."

This program has been incorporated into prisons across New York, the United States and has even been implemented overseas in places like Rwanda and Iraq. It first started at Green Haven Prison in Duchess County.

Besides John Conyer's success story, Feucht named Henry Rivera as another strong graduate. Since Rivera's release from prison, he's been running a community center and food pantry in Yonkers.

In addition to anecdotal evidence, Feucht points to a recidivism study that measured AVP's effectiveness in Delaware. Out of more than 350 inmates, it found the rate at which they committed violent felonies after completing the program was almost six percent, compared to more than 50 percent for most prisoners.

"Once you get hooked by the prison system, it's very hard to get out," Feucht said. "What we do is keep people from ending up with a life in jail."

As AVP programs continue in Sing Sing and even outside of prison, they're looking to expand to Yonkers, Mount Vernon, Port Chester and elsewhere. Feucht said they're searching for anyone interested in facilitating their workshops.

Conyers is still one of their facilitators, but not at Sing Sing; he hasn't returned since his release about four years ago. Instead, AVP inspired him to start his own organization, Saving Our Society, to help reintegrate fellow ex-inmates back into society.

His experience as an AVP facilitator and participant gave him the skills to run that organization.